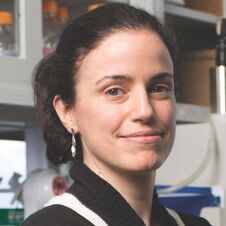 Elisa E. Konofagou designs and develops ultrasound-based technologies for automated estimation of tissue mechanics as well as drug delivery and therapeutics. Her group has worked on the design of algorithms that can estimate minute deformation as a result of physiological function, such as in the heart and vessels, and displacements induced by the ultrasound wave itself, such as in tumors and nerves, while she maintains several collaborations with physicians in order to translate these technologies to the clinical setting. She has also developed novel techniques in order to facilitate noninvasive brain drug delivery as well as modulation of both the central and peripheral nervous systems.

Of particular interest to Konofagou are high-precision speckle tracking techniques that allow estimation of mechanical and electromechanical motion in soft tissues in vivo such as the heart, the aorta, the carotid, the breast, and the pancreas. Strain estimation is optimized and related to the underlying mechanical properties of the tissues in vivo.  Her group has pioneered methods such as Myocardial Elastography, Electromechanical Wave Imaging, Pulse Wave Imaging, and Harmonic Motion Imaging for the noninvasive early detection and screening of the early onset of cardiovascular disease and myocardial infarction as well as detection, monitoring, and generation of ablative therapy for noninvasive, extracorporeal tumor treatment, respectively. Her work encompasses unveiling of the mechanism of ultrasound-induced opening of the blood-brain barrier for facilitation of noninvasive and localized brain drug delivery while developing novel methodologies for noninvasive and deep brain stimulation as well as peripheral nerve modulation for the treatment of psychiatric and motor neuron diseases.
​
Konofagou received a BS in chemical physics from Université de Paris 6 in 1992, a MS in biomedical engineering from Imperial College (London, UK) in 1993 and a PhD in biomedical engineering from the University of Houston in 1999.   She is a fellow of the Acoustical Society of America and the American Institute for Medical and Biological Engineering, and in 2007 she received the NSF CAREER Award.