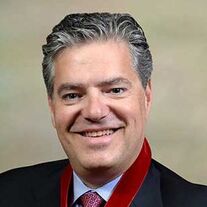 Constantine (Costa) Sideridis is President and CEO of Ferro-Ceramic Grinding Inc., a private Massachusetts firm specializing in the manufacture of advanced ceramic materials supplying the semiconductor, medical, aerospace, defense, electronic, and microwave industries in the US and throughout the world.

Mr. Sideridis has served as a trustee and advisor for a variety of organizations, including president of the Alpha Omega Council from 2020-present, partner at Bridgemedica from 2008 to 2018, founding member of the New England CEO network from 2011 to present, trustee at the Brain Science Foundation from 2011 to present, and Boston regional co-chair for the National Hellenic Society 2014 to present.
Mr. Sideridis is also actively involved within the Greek Orthodox Church as he was bestowed an Archon (2015) by the Ecumenical Patriarchate’s Order of Saint Andrew, a fulfilled member of Leadership 100, a member of the Archdiocesan council of the Greek Orthodox Archdiocese of New York, a council member of the Metropolis of Boston in Brookline, chairman of the Metropolis camp golf tournament, and parish council board member of the St. George parish in Lynn, MA.

Mr. Sideridis holds a Bachelor of Science degree in Ceramic Engineering (1992) and Bachelor of Arts in Economics (1992) degrees from Rutgers University.  He resides in Salem, MA with his wife Allyson and their 2 boys. 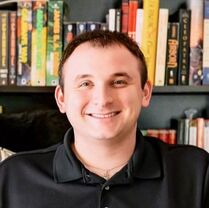 An avid student of the classics, Jared Jacavone has a Master of Arts in History and a Master of Library and Information Studies from the University of Rhode Island.  It was during his graduate studies that he developed and published his thesis, The Paid Vote: America's Neutrality During the Greek War for Independence.  He currently resides in North Carolina with his wife and their legion of cats, and serves as the Branch Manager and County Librarian fro the Tyrrell County Public Library.