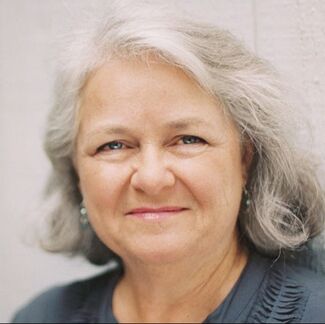 Mary Norris, a long-time devout philHellene began working at The New Yorker in 1978. She is the New York Times best-selling author of Between You & Me. Mary Norris' Greek To Me is a narrative of exploits in the Greek culture, including her search for the fabled Baths of Aphrodite, her explanation of how the alphabet originated in Greece, the case for Athena as a feminist icon and the surprising ways Greek helped form English. The book has received outstanding reviews from major leading media sources: Amazon, NPR, The New York Times, and others.

NPR- "Greek To Me is part personal history, part plunge into word-nerd-dom. It is also a travelogue written by an unabashed philhellene determined to follow the trail of her Greek muses, whether ancient (Homer, Sophocles, Euripides), mythical (Demeter, Aphrodite), or contemporary (British writer Patrick Leigh Fermor)."
﻿
New York Times - "Mary Norris’s Greek to Me is one of the most satisfying accounts of a great passion that I have ever read. It traces a decades-long obsession with Greece: its language (both modern and ancient), literature, mythologies, people, places, food and monuments — all with an absorption that never falters and never squanders the reader’s attention." 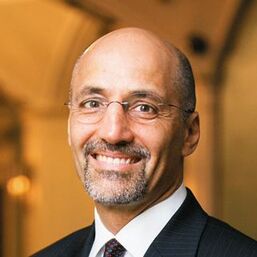 Bill is a Greek-American political scientist. He is director and CEO of the Miller Center of Public Affairs, a nonpartisan affiliate of the University of Virginia that specializes in presidential scholarship, public policy, and political history and strives to apply the lessons of history to the nation’s most pressing contemporary governance challenges. Prior to that, Antholis served as managing director of the Brookings Institution, a Washington think tank.

He currently serves as a non-resident senior fellow at Brookings. His research interests include subnational governance and federalism, energy policy, bottom-up efforts and international negotiations around climate change, the role of democracy, and community development.