Spirit of the Marathon Exhibit 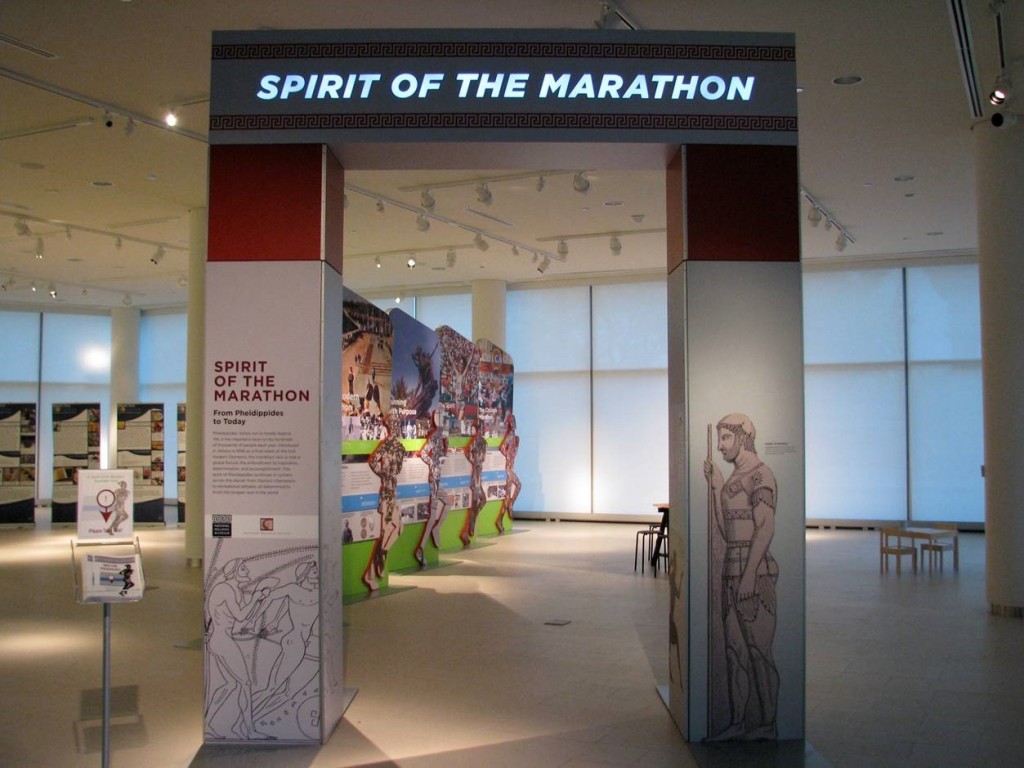 The National Hellenic Society (NHS) and the National Hellenic Museum (NHM) collaborated on the development of  “The Spirit of Marathon: From Pheidippides to Today”, a traveling exhibition showcasing the origins, history and culture of the marathon in the context of the modern world. The exhibit was initially featured at the 2012 Chicago Marathon, and was on display at the NHM through March 2014. Since then, it has been travelling to other Marathon venues, including Boston, Washington, D.C. and San Francisco.“The Spirit of the Marathon” explores iconic moments, including the messenger Pheidippides’ original 26 mile run during the Battle of the Marathon, Spyridon Louis’ victory at the first organized marathon race at the 1896 Olympics, and Stylianos Kyriakides’ inspirational run to win the 1946 Boston Marathon—a promise of hope following the devastation of World War II.

“Marathon events serve as an inspiration for individuals aspiring to reach new heights of personal achievement with collective meaning,” said NHS Chairman George Marcus. “The marathon is a rallying call for worthy causes and a catalyst for unifying people—Hellenic ideals still relevant in today’s world.”  There are Marathons run in nearly every city in America. Given the ruthless events surrounding the Boston Marathon in 2013, the Marathon has taken on new significance and presents a unique opportunity for the NHS to celebrate this symbol of freedom, victory and excellence. 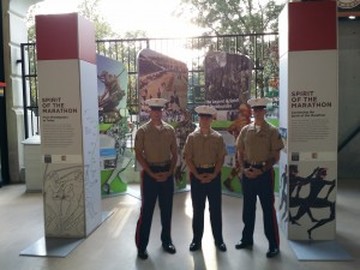 The exhibition is organized in four segments: The Legend and Spirit of Pheidippides, The Modern Marathon, Running with Purpose, and The Spirit Today.  Each segment follows the ancient marathon run to modern races. Aimed at appealing to all age groups and communities, the exhibit encourages visitors to explore the spirit of the Marathon that exists today in a way that relates to everyone’s personal marathon in life.

The Marathon Project highlights the historic importance of Pheidippides’ epic 26 mile run through a journey that begins in ancient Greece and extends to modern marathon events throughout the country.