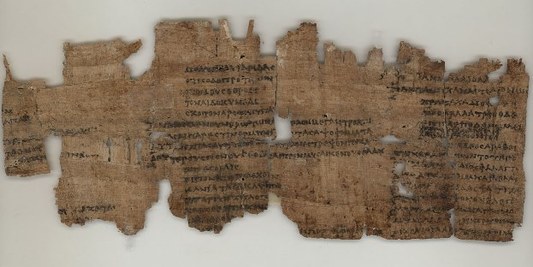 In the early 1900s, an incredible cache of ancient Greek papyri were discovered in the remains of mummified crocodiles worshiped by ancient Egyptians.  Tens of thousands of these papyri were brought to U.C. Berkeley in the 1930s, where they remained until a recent effort was undertaken to catalogue, conserve, and digitally image the collection dating back to the 2nd century BC.  This ancient thesaurus revealed fragments of Sophocles’ lost satyr-play “Inachos” and a large fragment of “Dictys of Crete”—the Greek original of a later Latin narrative that largely disseminated the myths surrounding the Trojan War and circulated throughout Europe during the Middle Ages.

The Tebtunis Papyri consist of more than 30,000 fragments, held at the Center for the Tebtunis Papyri of the Bancroft Library at UC Berkeley.  The papyri reveal a compelling account of life in the 2nd Century BC and generally fall into two categories: i) communications concerning the business activities and life in the region and ii) literary works. The findings are invaluable in understanding ancient Greek life in Egypt and other trading capitals.  The papyri reveal a thriving Hellenistic community of educated, merchants and traders residing in Tebtunis, Egypt. This significant information offers a unique insight into other dynamics such as the important role that women played in commerce at that time. Several lost works of significance have also been discovered —to date Tebtunis fragments reveal lost works of ancient Greek dramatists, philosophers and scientists.  The research will further advance posterity’s understanding of the life and times of ancient Greece and will yield invaluable clues about revered texts and writers.

NHS’ focus is on the analysis and discovery of documents of literary importance such as fragments from lost works of tragedians, Homer’s Odyssey and similar important works. By sponsoring this ongoing study in collaboration with the Elios Charitable Foundation, the NHS aims to contribute in the effort to decipher the literary fragments. The NHS’ and the Elios Charitable Foundation’s collaborative efforts may lead to breakthrough discoveries that will forever impact posterity. 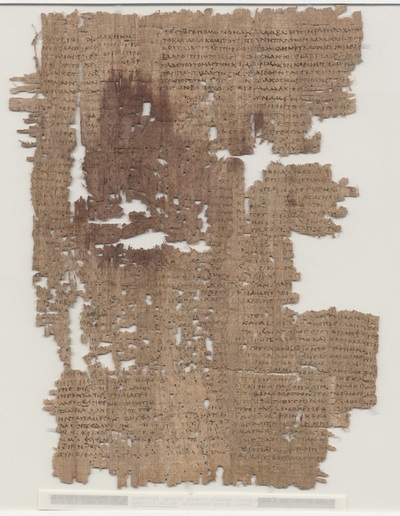